Most notably, spam has increased by 5.1% since April. It now accounts for 90.4% of email. Where you live depends on what time of day you receive spam. American spam activity peaks between 9-10 AM, while Europeans get a steady spewing of unwanted email all day. Asians get their spam in the wee hours of the morning.

Interestingly, there’s been a trend for spammers not to write long emails, but just include a message title and link. If more spam is being sent out, at least no one is having War and Peace delivered to their inbox each day.

Spam originates in equal amounts from all parts of the globe, but most is sent out to coincide with American working hours. Over half of it comes from botnets, a collection of thousands of “zombie” computers compromised by malware. To botnets alone, codenamed Donbot and Rustock, account for 18.2% and 16.1% of spam respectively.

The report debunked the myth that malicious content is only found on newer, less reputable websites. Data collected earlier this month by Symantec reveals that 84.6% of domains hosting malware are over a year old. These are mostly social networking sites or hacked domains. Cyber criminals are targeting legitimate domains for their reputation.

The United Kingdom is the third most-spammed country, where 90.3% of email is spam. Hong Kong was number-one with 92.3%

The report’s findings will be very useful to developers and IT professionals. If spam filter designers know that most spam goes out between 9-10 AM, for example, they can code their software to be extra vigilant during that time of the day. Because more established website are being attacked than ever before, webmasters need to pay more attention to security.

The full report can be downloaded here (PDF). The information was collected by observing live data feeds from 14 datacenters around the world. Billions of email messages and webpages were scanned. 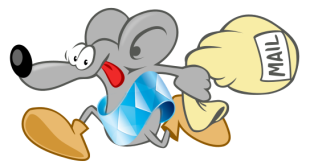 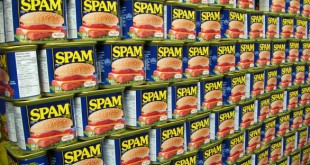