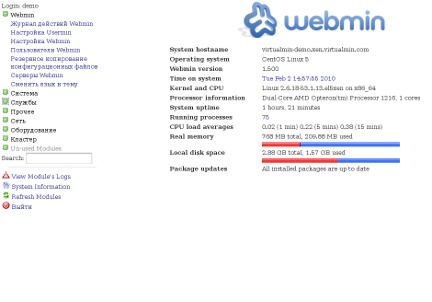 Question: Is there any way to configure a dedicated Linux server without having local access and without logging in to the command line through SSH?

Answer: The short answer is that it is highly unlikely you will never need to use the command line interface on a Linux server, and if you don’t have physical access to the server, you will most likely not have a graphical interface at all.

The exception, however, is Webmin, a very powerful web-based Unix system administration tool. Webmin can be used to replace many of the common command-line tasks, such as creating users, configuring Apache, DNS, passwords, databases, and can even be used to reboot the server. It functions just like most other web-based control panels and comes with a customizable interface (using themes).

Webmin also includes sub-components such as Cloudmin for virtualization and Virtualmin for web hosting. Webmin is free and open source software released under a BSD-style license and is available for download and installation on numerous platforms and Unix-like operating systems.