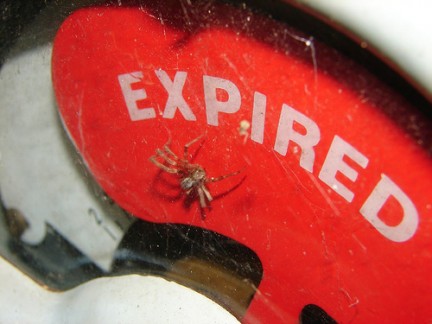 Most of the time, anything previously used by another person is less desirable. Used autos cost a fraction of models just a year newer and computers drop in value very quickly after being purchased. The opposite is true for domains, however. The more a domain has been used, the more valuable it becomes.

Given the rampant nature of domain speculation, it is often hard to register the name you want. One option many webmasters don’t think about is buying an expired domain.

Every day, thousands of domains expire. Some may have been belonged to a failed business or the owners may have simply forgotten to renew them. Either way, someone else’s loss can be your benefit.

To register an expired name, first you need to find one. For this, I recommend Just Dropped, a very powerful search tool that lets you find domains expiring in the future related to any topic .

Keep in mind that you may not be the only person interested in a dropped domain. Wealthy domainers and resellers will often register expired names en masse and hold onto them if they prove to be of any value. To get around this, it is best to use a backorder service. Ranging in price from £25 to £75, this service is offered by many registrars, who will use the same tools as the big guys to try and get the name for you. If someone else gets the name first, you usually get a refund or can use the service again to try and get another name.

Dropped domains are so useful because they often times already have links pointing to them and in some cases, a steady source of traffic. They will often have established trust with search engines and thus can mean your new site gets traffic from the likes of Google and Yahoo much faster.

I once bought an expired domain for use with a game server information website. It had been used by a game server provider in the past, so it not only had several hundred backlinks, but also a Google PageRank of 2. This could take several months to accomplish with a newly registered name. And because the domain had links pointing to it and was previously indexed in Google, with a bit of elbow grease my new site shot to the top 5 on Google for my market in no time.

Because expired domains have been under the control of someone else, they may have been used for less than honorable purposes. It’s never a good idea to register an expired name that has been used for a pornography site or some sort of phishing or malware attack. If this is the case, the domain may be banned from search engines.

There’s no need to worry, however, as getting a report for a domain’s history is very simple. When I want to know a name’s past, I first do a Google search. If the domain has been associated with any major scams, you will find at least a forum post or two complaining about it.

While Google is useful, the best fact-finder is Archive.org. The site is the largest historic archive of the Internet, storing old versions of websites from many years ago. Run a search of the domain there and see what pops up.

You will also want to run a trademark search on the domain. You don’t want to buy another company’s trademark and end up in court.

If you’re starting a new website, try looking for an expired domain before rushing to your registrar for something new. It could end up being a very rewarding decision.