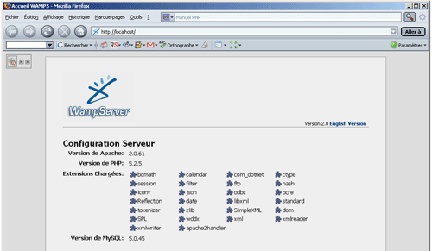 We have spent a great deal of blog space learning about Linux servers and how to optimize them, but Linux is certainly not the only kid on the block. This week we will look at some other operating systems and how they interact with the Web. First up is Microsoft Windows.

The standard web server on Windows comes with Microsoft’s IIS (Internet Information Service), but some of us still prefer open source technologies even on Windows. LAMP (Linux Apache MySQL and PHP) has become famous for its stability and reliability, but some people prefer to replace the L with a W. What you get is WAMP, and there is free software available that will install WAMP for you automatically on Windows. It is called WampServer.

WampServer will install versions of Apache, MySQL, and PHP on your Windows system with little hassle. The site does not seem to specify which versions of Windows it supports, but it should work with any Windows server. In addition to the base release, there are also addons that users can install to extend the application’s usability. WampServer is free software released under the GNU General Public License.