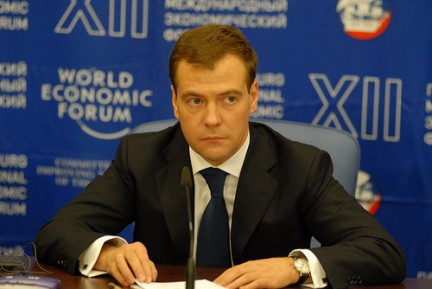 Russian President Dimitry Medvedev has announced that Russia will apply for the .рф Cyrillic IDN as soon as ICANN begins accepting proposals for the new extensions on November 16.

According to Medvedev, registration for the IDN will be available at the end of the month, though trademark holders and government entities will get first grabs “so that we do not end up later having to buy kremlin.рф or something of the sort from people with no connection to the Kremlin.”

Medvedev has suggested using .рф to set up an email system for citizens and government. In a country as large as Russia, this could make communication much easier. Right now such a system is not feasible because most Russians don’t know English and thus would have trouble typing a Latin-based domain.