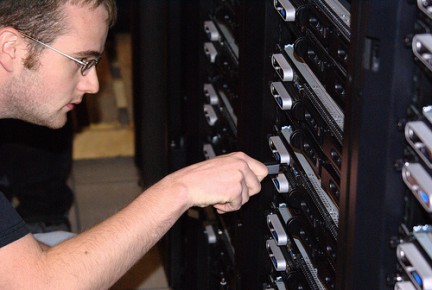 So far this year, the American Registry for Internet Numbers (ARIN) has received some 300 requests for IPv6 address blocks– greater than the number of requests made in 2007 and 2008 combined.

ISPs are asking for IPv6 addresses so they can make their networks IPv6-enabled so they are ready [for the future].
We give each ISP enough IPv6 addresses to support 4 billion networks, and each network can contain trillions and trillions of hosts.

The question is, will ISPs adopt IPv6 fast enough before IPv4 runs out? Providers will have to move much more rapidly if they want to avoid an IP shortage.