Home / Software / What is BSD? 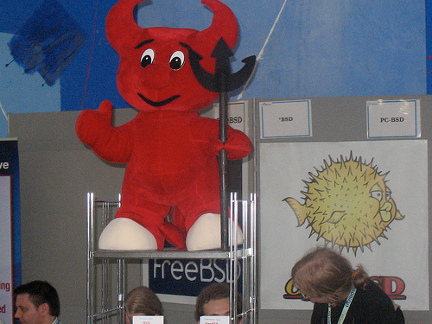 Question: I have heard of Unix and Linux, but what is BSD?

Answer: BSD commonly refers to the the UNIX-like operating system developed at the University of California, Berkley in 1977. It predates Linux and has been used in Unix server environments for decades, in response to the licensing issues of the original and much more expensive AT&T Unix.

Since the original release, several derivatives have emerged, including FreeBSD, NetBSD, OpenBSD, and to some extent, Darwin, which is the underlying backend of Mac OS X. All BSD variants are licensed under a permissive license, which allows for integration with proprietary software. As such it has become useful to both small businesses and large corporations.

Many web hosting companies use BSD-powered servers, and it offers the same security and stability that is expected from UNIX. Most Linux-based software has been ported to BSD, making it virtually indistinguishable to the casual observer. Moreover, BSD systems are known for their long uptimes, and some web hosting experts prefer them over other UNIX variants.

Previous Free and Open Source Control Panels
Next e.biz rakes in $66,001 at auction