The Truth About "Unlimited" Web Hosting 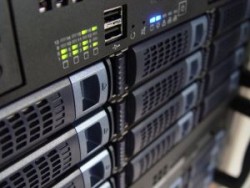 From time to time, I’ll come across a web host offering unlimited space, no bandwidth caps, or both. These hosts claim that for a low monthly price, often under £10, you can use all the storage and data transfer you want. Other hosts might not be so audacious as to offer no limits, but instead give their customers space and bandwidth limits far above what any average website owner would ever need. So, how do these companies stay in business?

Say a hypothetical web host, Infinitus Hosting, offers 500 GB of space and 250 GB of bandwidth for £10 per month. Considering the average website is probably less than 20 MB in size and uses less than 2 GB of bandwidth, most customers will stay well within those limits. Infinitus knows this, and thus can advertise features that will never be used.

Pretend Joe owns a website requiring 400 GB of space and 200 GB of bandwidth per month. Such a high-traffic site would most certainly require a dedicated server, which would cost at least £130 per month. But he hears Infinitus will meet his needs for only £10. He signs up, his account is approved, and he uploads his website.

Joe thinks he has scored the deal of a century from Infinitus. Surely they will lose money by taking him as a customer, but there is nothing they can do about it, right? After all, Infinitus Hosting made a guarantee promising the 500 GB of space and 250 GB of data transfer they thought no one would ever use.

The next day, Joe visits his website and is surprised. Instead of being brought to the homepage, he sees simple message stating, “This account has been suspended. Please contact support as soon as possible.” Joe opens up his email to contact support, only to find that support contacted him first:

It has come to our attention that your website is putting a severe strain on our servers. Last night, other customers reported downtime because your site was taking up too many resources. Because of this, we had to suspend your account. When you can get your resource usage in line, contact us and we will put your website back online.

Joe is outraged. He writes an email back to Infinitus, demanding the space and bandwidth he paid for. A few hours later, he receives a reply:

We understand your concern, however, per Section 2A of our Terms of Service, Infinitus reserves the right to suspend any website that “significantly affects server performance.”

At Infinitus, we host thousands of websites on a number of servers. Your site is on the same server as many others, and it is unfair to our other customers if one person hogs all the bandwidth and disk space.

Maybe you should look into dedicated hosting.

Joe has been one-upped by Infinitus. You see, while he can use all the storage space and bandwidth he wants, his use must not affect the performance of other websites hosted on the same server as his. Any site using the kind of resources as Joe’s is bound to do so, and because of this trick, hosts can get away with making ridiculous claims.

In fairness to Infinitus, most of their customers are probably happy. The thousands of websites it hosts are all small or medium sized, so no single person ever uses too many resources. It’s only the busiest 10% of sites or so that need to be wary of “unlimited” hosting. Nearly all of the most popular web hosts make claims like Infinitus, and I would not turn one down because of it. Rather, it is important that whenever you see a host making any sort of claim that sounds too good to be true, you look over the Terms of Service to ensure your site complies.

Removing Files on a Linux Server