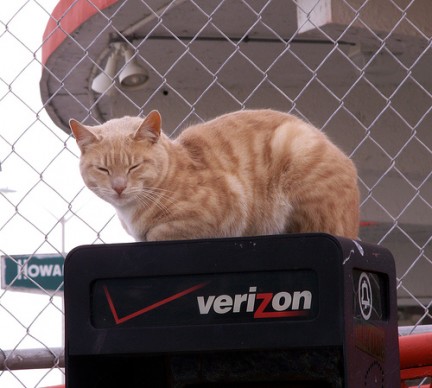 Cybersquatting isn’t cheap these days. This week, a federal court upheld a $33 million (£20.3 million) ruling against OnlineNIC, a wholesale domain company, for cybersquatting the Verizon.com domain and trademarks.

OnlineNIC reportedly used an automated system to register some 663 names confusingly similar to Verizon.com, such as iphoneverizonplans.com, accountverizonwireless.com, and verizononline.com.

The domains earned revenue by displaying advertisements to visitors. The company claims to have only earned $1,468 from the names, however, and argued that the penalty is disproportionate to the revenue earned. This did not sway United States District Judge Jeremy Fogel, who stated:

OnlineNIC’s reference to its alleged profit fails to take any account of the damages suffered by Verizon in the form of a likelihood of confusion surrounding Verizon’s marks and the diversion of internet traffic to websites selling rival products. Moreover, OnlineNIC has made multiple false or misleadingly incomplete representations to Verizon and the Court over the course of this litigation, making it exceedingly difficult to accept OnlineNIC’s present representations as credible.

While it’s possible quite a bit more than $1,468 was earned from the domains, something tells me it wasn’t anything close to $33 million. Verizon may have suffered somewhat from the incident, but I doubt it lost very much in traffic or sales.