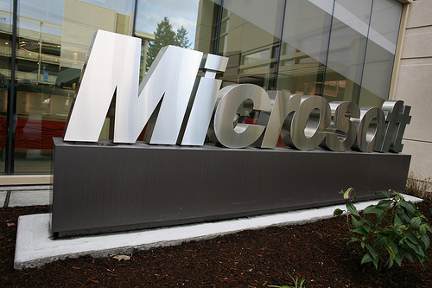 Microsoft, which has long offered proprietary alternatives to open source web platforms and scripting languages, is now offering a toolkit that will make it easier for PHP developers to utilize it’s .NET data services. PHP, which stands for PHP Hyptertext Processor and is sponsored by the commercial organization, Zend Technologies. It is licensed under a free software license.

PHP is used by hundreds of thousands of websites running various web applications and content management systems. Microsoft’s ASP scripting language has often been considered a direct competitor. For Microsoft to now be extending a hand to PHP shows that the software giant now realizes they cannot stamp out open source technology, which continues to spread in business, with many web servers and websites adopting it.

Zend Technologies and Microsoft have also formed agreement to ensure that PHP will run on Windows, a concession Microsoft is undoubtedly willing to make because most PHP application developers prefer to develop for a Linux environment. This move by Microsoft comes just weeks after it announced plans to submit GPL code to the Linux kernel, something Microsoft once described as “a cancer”.

Previous Bitter Domain Dispute Comes to an End
Next Brax.com sells for $80,000