California’s Silicon Valley has always been home to more data centers than any other place in the United States, but lately the region has been feeling a bit under-loved and left out as developers choose other locations to house their servers.

Why is the Silicon Valley less desirable than before? It’s not. The matter can be traced back to one thing: money. Not only are data centers more expensive to construct and run in California, but capital-strapped developers are being given financial incentives to build elsewhere.

Most notably, President Obama’s stimulus plan is spawning a flurry of data center construction in northern Virginia, an economically depressed area. At least two companies, DuPont and Terremark, have halted plans for Silicon Valley facilities and moved their dollars to the East Coast.

It’s no surprise that as America’s computing needs grow, data center construction will continue to be more diversified than in the past– especially when there is an incentive involved. 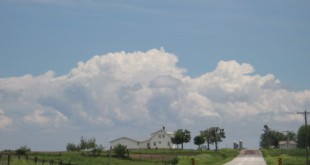 The data center that powered the Olympics