Politician too cheap to renew domain, gets surprise 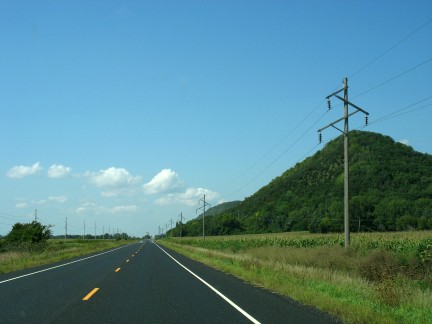 Wisconsin Secretary of State Doug LaFollette has been in his job since 1974. Running virtually uncontested each election year, he decided he could save a few bucks by not paying his registration fee, letting the domain expire, and picking it back up when it came time to run for office again.

Big mistake. After the domain expired, Internet users looking for LaFollette’s site got a bit more than they bargained for– hardcore pornography. The Democrat reports knowing about what had happened for several months, but did nothing, waiting to be contacted by the buyer, a Russian by the name of Andrey Serkov. The eight-term politician says he thought the man was a cybersquatter holding the name for ransom.

For those interested, the domain is douglafollette.com. It currently displays a “Page not found” error. The new owner offered to sell it back to LaFollet for $500 USD, but the politician has declined and is now looking into developing a new website. “I don’t know what to do about it,” he said.

On another note, it’s astounding how much the newspaper that broke the story, the Milwaukee Journal Sentinel, got wrong. First off, it has been reported by the news outlet that LaFollete’s .com domain cost $25 a month. I highly doubt the accuracy of this information. That might have been his web hosting fee, or maybe the name cost $25 a year. The most I’ve ever seen a registrar charge for a .com is $29.99 per year.

Finally, the site has the name of domain buyer backwards. It was reported as it appears in the WHOIS database- Serkov Andrey. The reporter didn’t know that domain ownership information is usually listed in “Last name, first name” format. A quick Google search would have shown that Serkov is a common Russian surname.

The correct name of the individual is Andrey Serkov. Still doubting? Look at his email address in the domain records. The first half of the address is “andy,” short for Andrey.

Serkov seems to own a number of other expired domains. He simply registers names shortly after they drop and profits from the traffic they receive– a common practice in the domain industry. He claims he contracted monetization of the name out to a third party and has no control over the content displayed.

But the article is written in a tone that seems to incriminate the Russian, when in reality if Doug LaFollette didn’t understand how the Internet works, he should have gotten help from a consultant. All of this is his fault. Once you let a domain expire, you no longer own it.

Just because the combination of letters in a web address happen to spell your name doesn’t necessarily give you an inherit right to own it, especially considering the Wisconsinite has no presence in the country where the domain is now registered.