Home / Domain Sales / Is There a Future for .NYC?

Is There a Future for .NYC? 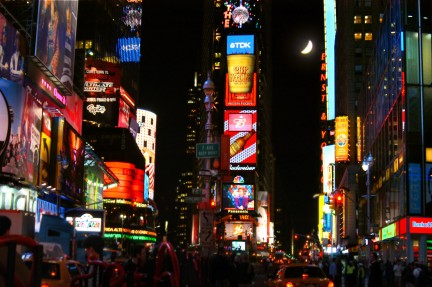 New York has it all. From Broadway to the United Nations to Harlem, is there anything the city is missing? Apparently so. If the Big Apple has its way, soon there will be a new geo TLD- .nyc.

The idea has been bandied about the city by various individuals and groups for some time. It was first officially brought up at a Queens city council meeting in 2001, but entrepreneur and NYC resident Paul Garrin says differently. He claims to have invented the idea himself in 1996. He claims he has been using .nyc domains on his own servers for years, though they have never been accessible from the web.

In a February address to the city, Council Speaker Christine Quinn brought up the idea of .nyc as a way to increase revenue.

Mark Twain famously advised “Buy land, they’re not making it anymore.” Well now we can make more New York addresses – just on the internet! A local business won’t have to outbid a guy in Kansas to get Tony’s Pizza dot com. They’ll be able to get Tony’s Pizza dot NYC, a name associated with the greatest city – and home of the greatest pizza – in the world. Most importantly, we expect to generate millions of dollars a year through the sale of web addresses ending in dot NYC.

Regardless of who invented .nyc, would a city-level domain extension be successful? There are two sides to the question.

There’s no getting around the reality that the domain will only have local appeal. But with a population of 8.2 million, the Big Apple holds more people than most countries- including Finland, Ireland, Israel, and Denmark. These places all have all done well enough with their TLDs, so why couldn’t New York?

In 2006, the LA Names Corporation, based out of Guernsey, obtained permission to market the .la domain, the TLD of Laos, as the domain of Los Angeles. For a while, several registrars offered “Los Angeles” domain registrations. The geo TLD never really caught on, though the suffix has also been marketed in a limited scale for use in Lousiana and Latin America.

There is also a movement in Berlin to get a .berlin domain. In 2008, the city joined arms with Barcelona, Hamburg, New York City and Paris to form an ICANN committee devoted to city TLDs. The same year, ICANN announced changes to its TLD creation policy. The new rules will allow any company or organization to create their own extension.

New York is expected to make a proposal to ICANN this year. But will it be too late? A calculation city officials have failed to take into account is that while few businesses had websites in 2001, many more do today in 2009. Would a business that’s owned a .com for years be willing to make the switch.

Unlike with the failed .la, New York City’s government is behind the proposed TLD. This, in my opinion, will be critical to its success. With the backing of the city authorities, businesses will feel like they are making a sound investment and rush in droves to get the best names, even if they already have a .com. Wouldn’t it be great to be the only pizza place in town to own pizza.nyc? What about nails.nyc, photo.nyc, or weather.nyc? The opportunities are endless.