Apple, Google and the death of HTML 5 video 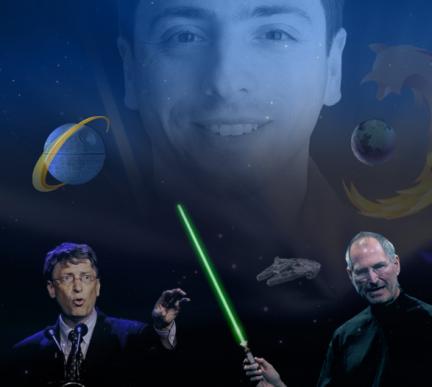 Who done it, with what, and where? Was it A) Microsoft, inside their security deficient, sub-standard browser with an over-hyped search engine? Was it B) Apple at its elitist developer conference with an exploding iPhone app? Was it C) Google in a YouTube video with a poison drop of lonelygirl15‘s blood? The answer is D) All of the above. From Microsoft’s refusal to participate in the process at all to Apple’s insistence on a patented, closed, proprietary format, the entire episode only serves to illustrate that the “browser wars“, however petty, are far from over.

While the W3C intentions were certainly noble, the entire ordeal is now spiraling out of control. The initial proposal was simple: create an open standard for streaming video playback on the web, something to replace the vendor-locked, resource hogging, proprietary Adobe Flash player. Microsoft’s abstention was disappointing but not surprising. But what is more disturbing is that, of the four main participants: Mozilla, Opera, Apple and Google, only Mozilla and Opera were willing to sign on to using the open Ogg Theora format. Apple and Google both insisted on H.264, which might be an outstanding video codec, but it is not open and is laced with patents, making it not much better than Flash player.

Google has stated that they will at least ship their Chrome browser with support for both Ogg and H.264, but Apple refuses to support Ogg at all. As a result of this childish bickering, Ian Hickson, the man responsible for the HTML 5 audio and video tags, has removed the codec specification, essentially leaving us where we began, with multiple formats and no packaged solution. It is a company or web site owner’s nightmare to have content on their websites that not all visitors can view, but it happens all of the time, partly due to web developer arrogance and partly due to the impassible situation in which browser makers and video codec patent holders have left us. The future looks grim indeed. Who done it? It was Apple, Google and Microsoft in the comfort of their corporate offices, with their egos.