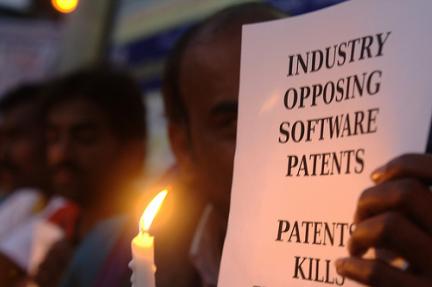 If you have ever had a website with more than few pages, you have probably created a subdomain. Instead of pointing visitors to www.internetblog.org.uk/coolguy, you might want to emphasize your coolness first and have your URL read: coolguy.internetblog.org.uk. Suddenly, you have something close to a new domain, called a subdomain. Now imagine that twenty days after creating your fabulously cool subdomain, you receive a cease and desist letter, ordering you to either pay royalties to an unknown company or face litigation.

A company named Hoshiko made the claim with the U.S. Patent Office that the concept of creating subdomains on the fly, as opposed to creating new DNS entries for each one, was their idea and was worthy of a patent. Although the patent was approved in 2004, the Electronic Frontier Foundation (EFF) fought back, arguing that there were plenty of open source projects, including Apache web server, utilizing this technology prior to the original 1999 filing. The patent office agreed and nullified the patent.

“This patent was particularly troubling because the company tried to remove the work of open source developers from the public domain and use it to threaten others,” EFF Legal Director Cindy Cohn said in a statement. “Ironically, the transparent open source development process gave us the tools to bust the patent!”

Over the past several years, companies have begun patenting everything from the double click to web site one-click shopping carts. The EFF and other organizations struggle against software patents through legal channels. It looks like cool guys everywhere can relax.

Previous Contests.com Sells for £231,870
Next The ICANN Salary Debate