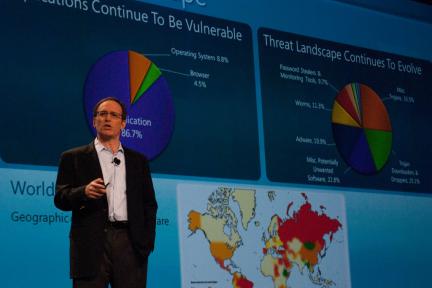 As the United States awaits President Barack Obama’s important nomination of his cybersecurity advisor or “cyber czar”, a position that will report directly to him, speculation about who will be tapped for the position has begun. Among the people up for consideration is Microsoft’s security chief, Scott Charney, who was on the security team under both Clinton and Bush.

The high-level position in question will have a direct line to the President and consult him on matters related to network and Internet security. After many problems with cybersecurity in the U.S., including the hacking of Army servers, it came as little surprise when Obama announced the new position. Whoever takes on the role will have tremendous responsibility.

Susan Landau, who declined to discuss if she has been short-listed for the job, said she would urge Obama to make it a top-level position, as he promised.

“The job is very important,” said Landau. “We have all sorts of different kinds of threats. … What you want is ubiquitous security.”

Landau is a Sun Microsystems engineer who has worked on digital rights, privacy and export control.

According to Wired Magazine, Charney said that he would not take the job but might be persuaded to change his mind if nominated.