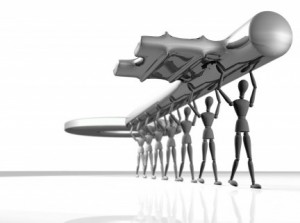 As a part of a security measure to save the Internet from complete and utter destruction in the event of a Dooms Day scenario, ICANN has handed out seven “guardian keys” to secret individuals from the following countries: Britain, the U.S., Burkina Faso, Trinidad and Tobago, Canada, China and the Czech Republic.

In the event of an Internet failure, five of the seven individuals would have to bring their key to a U.S. military base. Each key contains a portion of the DNSSEC root key.

Although I doubt the new cyber guardians would ever need to use the keys, the idea of this is just really cool. Props to ICANN for being a little less boring for once.