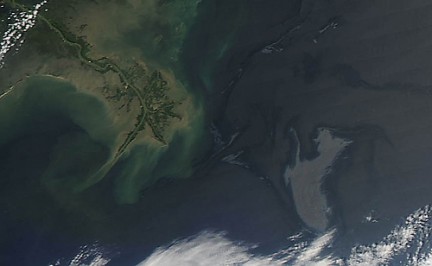 The ongoing BP Oil Spill is one of the worst natural disasters in the history of the United States. As oil spills out from a leaking well head deep under the ocean floor, large swaths of oil have engulfed a good portion of the Gulf of Mexico. Although it had nothing to do with the cause of the spill, Intel has volunteered one of its super computers with the very important task of tracking the oil.

Dubbed Encanto, the Xeon-powered super computer contains some 3,500 quad-core processors. Each one of these CPUs has been hard at work determining where the oil will head next. Although not perfectly accurate, the computer has been able to predict the oil’s destination six months from now.