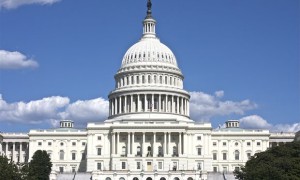 bittorrent site. Despite a government raid, large fines and jail time, the site is more popular than ever.
But according to TorrentFreak, the United States government planned an operation in coordination with ICANN to seize thepiratebay.org.

As part of a campaign called ‘Operation In Our Sites,’ the government has already illegally seized the domains of nine movie streaming sites.
According to an insider source at TorrentFreak, ICANN took control of the domains and then handed them to the government– in clear violation of domain owner rights.

The government was poised to seize The Pirate Bay’s domain as well as MegaUpload.com, but changed its mind at the last minute for some unknown reason.
This does not mean these sites are safe, however. As Professor Pouwelse of the Delft University of Technology put it, “Hollywood lawyers have discovered the soft underbelly of piracy.”

Previous How to Search a MySQL Database
Next .Com vs. Co.uk