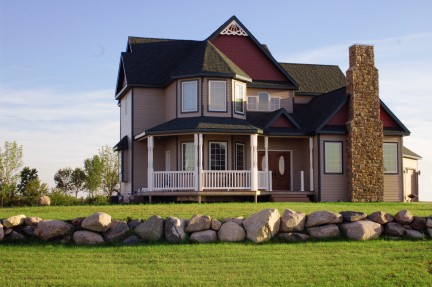 In what is probably the biggest real estate domain auction in history, a bloke from Colorado, Craig Harrison, is going to sell 2,600 geographic domains.

Most of the names feature the name of a U.S. city with a population of over 35,000 followed by “RealEstateListings.com,” though there are international cities, too. The auction will be divvied up into 61 lots, with 54 lots for states (Florida and California have two), one for Washington D.C., one of just state names, and more.

Victor Lund, a partner in a real estate consulting firm, estimates the names are worth $100 to $5,000 USD each. Going by this, the auction could fetch up to £8 million ($13 million USD).

Lund claims the names are worth so much because their keyword-rich nature will provide a SEO boost and because the buyer could crosslink the names. The auction is targeted at a large company looking to build a strong national base and geo-target customers.

But the domains aren’t necessarily as good as they seem at first glance. To get some cities, Harrison had to make compromises, usually by registering a .net or adding an extra word. His Chicago domains, for example, are ChicagoRealEstateListings.net and ChicagoCityRealEstateListings.com.

The auction is to be held by J.P King at The Fairmount Hotel in San Francisco on June 11, 2009. More details are available on the auctioneer’s site.

Anyone with extensive SEO or domaining experience will realize the problems with the 2,600 domain auction. The reasoning behind the domains’ “value” is entirely cock-and-bull. I’ll explain why in a little bit.

Previous According to Survey, Most Businesses Unaware of Upcoming Domain Changes
Next Why people keep blogging

Dismal results for .us domain auction