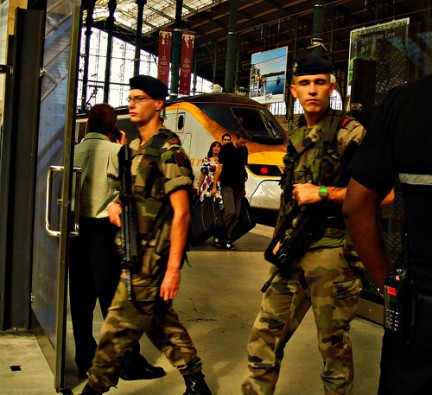 In an unexpected move, the French military took action against SnowTigers, a private BitTorrent site catering mainly to downloaders in France.

The action came as a shock because private websites are not usually targeted by authorities. SnowTigers had more than 250,000 members, many of whom supported the site financially. The BitTorrent portal mostly offered music and movies.

BitTorrent is a popular method of content distribution. Sites like SnowTigers don’t actually host pirated material, but host what’s called a torrent file. Just a few kilobytes in the size, the file connects the downloader to other BitTorrent users with the same piece of content. Opening up the file in a BitTorrent client links them to these file sharers.

Multiple downloaders are needed, and at least one of them, known as a seeder, must have the entire file downloaded. The group will them anonymously exchange bits and pieces of the content. The downloader’s client will automatically assemble these pieces into the finished product. Popular torrents will often have thousands of downloaders and hundreds of seeders.

This method allows you to essentially download the beginning, middle, and end of a file all at the same time rather than be limited to starting from the beginning and slowly working your way to the end.

BitTorrent’s speed and anonymous nature have made it the most popular file transfer protocol for pirates, but in recent years governments have severely cracked down on torrent portals.

In April, the owners of the world’s largest torrent site, The Pirate Bay, were sentenced to one year in prison for facilitating copyright infringement. They also collectively received a £80,000 fine. The site is still up and running, however.