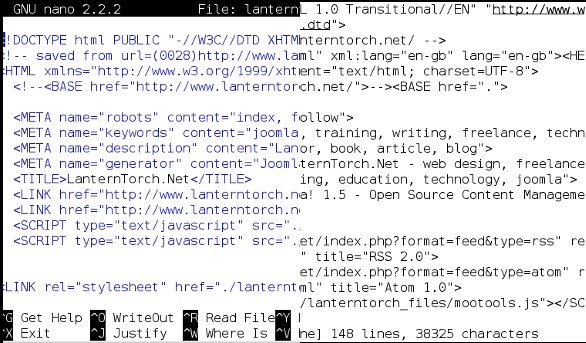 Linux server administration can be a challenge. Therefore, if you are new to it, you will want to make it as painless as possible. One tool you will inevitably use is a text editor. There are two popular choices: Vi and Nano. Vi is a favorite among coders and Linux experts. They love its functionality and power. Nano, a free clone of Pico, is another well-established text editor that uses ncurses to create a pseudo-graphical layout.

Both text editors rely on various shortcuts to perform operations. One difference you will notice right away is that Vi provides you with a blank page with no instructions and no visible controls. Nano, on the other hand, provides shortcut hints at the bottom of the screen. The shortcuts in Vi are command-driven and must be typed into the console. Nano’s shortcuts rely on the Control key plus any number of letters. Nano also accepts some mouse input.

My advice to anyone starting out with Linux server administration is to use Nano. It will be more familiar to people used to graphical text editors, and you will be less like to accidentally destroy one of your files. While some people love Vi and would not replace it with anything, you will have enough tools to learn in the beginning. Save the more complicated text editor for later.