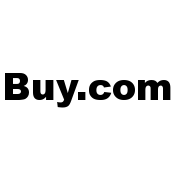 Japanese firm Rakuten Inc. has announced that it will acquire web retailer Buy.com for $250 million in a cash deal. The site is well-known in the United States a competitor to Amazon.

We feel it has a great strategic fit with our global expansion. Our goal is to become the number one e-commerce company and Internet company in the world.

Buy.com has 14 million customers as well as sites for Canada, Germany, the UK, and France. Besides this aspect of the sale, owning a domain like Buy.com will be a major advantage to Rakuten if it truly wants the world e-commerce domination Mikitani mentioned.