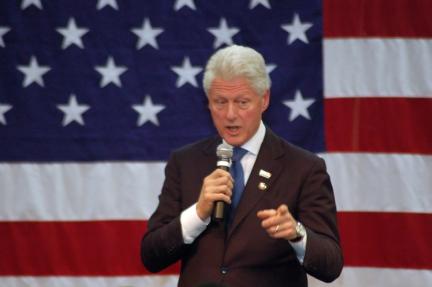 At first glance, this dispute seems like an open and close case. All three domain names are not only similar to President Clinton’s name, they all actually are his name. Apparently, the National Arbitration Forum did not see it that way. While they did determine that Clinton’s name is a “common law mark”, which is kind of like an unofficial trademark for a person name, that only fulfills one of the three requirements for UDRP.

The second requirement is that the registering party must have some rights to the name, either through fair use (parody) or some other means. The panel found that they did not. The final requirement is that the domain names must have been registered in “bad faith”. For UDRP to be considered, the registered domain must be used for selling or transferring the domain, keeping it from Clinton, disrupting Clinton’s business, or attracting Internet users by confusing them.

The panel found none of those to be the case. Apparently, the respondent registered the domain names to prove that it was easy to register the domain names of famous people and that certain names of famous politicians and famous places should be protected under federal law. He pointed the domains to a Republican site simply to demonstrate that such a thing could be done. Furthermore, when he was asked to turn over the domains to the government, he did. It is not clear exactly what Clinton hoped to gain from this case, but it does demonstrate the sometimes complex nature of these disputes.