Home / Software / The Latest in the HTML 5 Saga

The Latest in the HTML 5 Saga 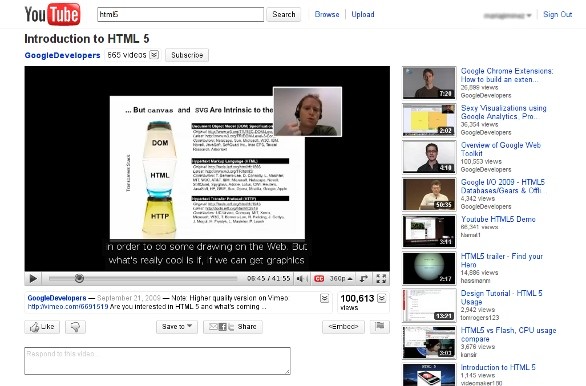 For the past year, we have been following the development of the HTML 5 standard, particularly as it relates to streaming video, an issue of importance for both web hosting providers and their clients. There are some new developments that may change the situation for the better.

Originally, HTML 5 video was supposed to support an open standard, such as Ogg Theora. Mozilla, Opera, and others were in favor of the standardization and began to support it. Apple and Google felt that the Theora codec was not mature enough and did not match the quality of H.264, a proprietary and patented codec. Mozilla, being a provider of a free and open source browser (Firefox), could not legally (or perhaps even ethically) support H.264, while Apple (in Safari) chose to only support it, and Google (in Chrome) supported both.

Not long ago, Google acquired On2 Technologies, the company that originally released the Theora format into the free software community. I speculated that it would be great if Google used On2 to improve Theora or create a new superior open format. Now it seems that Google is going to do just that, and Mozilla will support the new open codec.