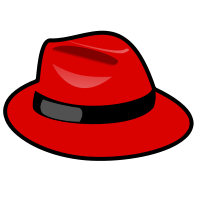 Red Hat, a company that holds a large portion of the Linux server market, recently released the latest version of their OS, Red Hat Enterprise Linux 5.5. The first version of the 5.x series was released in 2007, and now RHEL 6 is said to be released soon.

RHEL is the child of Red Hat Linux, which was primarily a consumer Linux distribution, but many system administrators used it for enterprise-level web hosting servers. Eventually, Red Hat decided to cash in on the enterprise market and developed RHEL. To keep the consumer Linux users happy, they also released Fedora, a community-driven version of the same operating system.

Fedora’s development line is faster and usually has newer packages. Some system administrators who want cutting-edge technology, still use Fedora for web hosting. But for many businesses that want stable long-term releases, RHEL has been their reliable choice. Some of the improvements in version 5.5 include support for latest hardware, better virtualization support, and improved memory management. Red Hat has an annual revenue of $653 million.