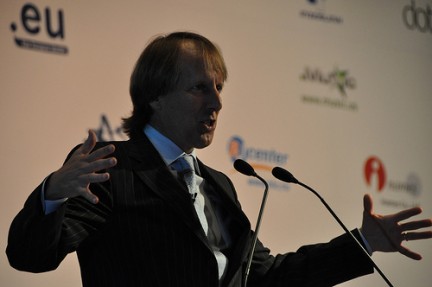 While speaking at an ICANN international meeting in Nairobi this week, Rod Beckstrom criticized the security of DNS, saying it “can stop any time.” Furthermore, he went on to state:

The domain name system is under attack today as it has never been before. I have personally consulted with over 20 CEOs of the top registries and the top registrars globally, all of whom are seeing increasing attacks and complexity of attacks and who are extremely concerned,

While Beckstrom is perfectly accurate in his statement, to those with a vested in interest in certain start-up extensions and developing ccTLDs, them is fightin’ words. Specifically, Chris Disspain, chairman of the Country Code Name Supporting Organization (ccNSO) council, called the ICANN CEO out on the comment.

As a representative of the various companies that run ccTLDs for many governments, Disspain is worried that Beckstrom “could cause great concern among governments regarding how elements of critical Internet resources are operated and managed in their countries.” In other words, the ccNSO chairman is worried about how this could affect his associate’s for-profit operations running ccTLDs.

Previous Don't forget to turn off auto-renew!
Next Microsoft to cut future data center costs by 50%