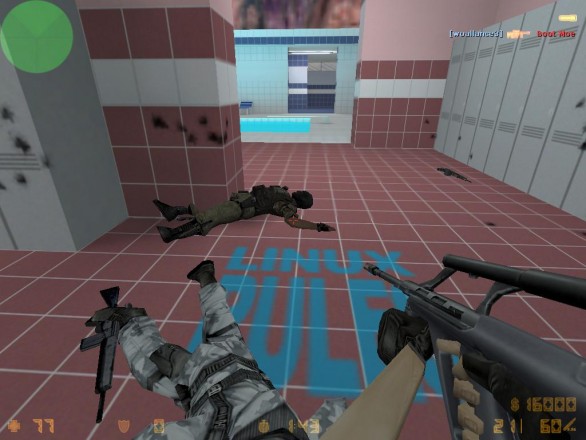 A game server is a computer connected to the Internet that hosts multiplayer games for a particular game or multiple games. While some multiplayer games only have official servers, many allow community gamers to host their own games. There are two types: 1. temporary servers that any user can setup to host a particular tournament or match, and 2. a dedicated server that is always live and always available for connections.

The common tendency of a gamer who wants to hosts multiplayer games is to setup a normal PC box in their home with a regular DSL or cable line. Although this may work for temporary servers or small to medium numbers of connections, gaming on a larger scale can be taxing on an ill-equipped PC and a a home network.

In such cases it might behoove the gaming host to get a dedicated line and server-class computer to host their games. The other option is to purchase a hosting account for a dedicated server. The server can either be an un-managed server with a free Linux distribution or a customized gaming server that has been setup for that specific purpose. Either way, the eventual result is higher quality gaming and more enjoyment for the players.

Previous What size server does a video sharing site need?
Next The nsupdate for dynamic DNS