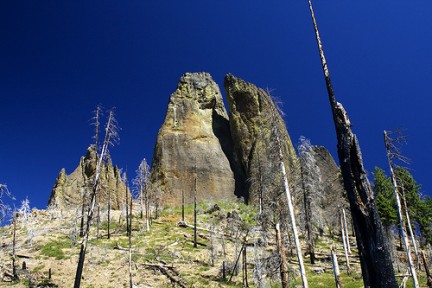 Facebook’s new data center under construction in Prineville, Oregon, is as green as they get. Featuring eco-friendly evaporative cooling and re-use of server heat for offices during the winter, the facility meets the coveted LEED Gold standard for energy efficiency. Despite this, the facility has been on the receiving end of criticism from environmentalists as of late.

Why? As it turns out, the power going into the data center will come from coal instead of renewable energy. Facebook yesterday responded to this criticism, pointing out that it has no control over how the local utility company generates power. It also reminded the public that its data center is already very efficient as it is and that Oregon is committed to switching to alternate energy.

Personally, I have to side with Facebook on this one. It would be great if the center could use solar or wind energy, but that just isn’t cost effective at this point. The data center already complies with LEED Gold standards, anyway. Only a handful of data centers have this rating. Environmentalists, give Facebook a break and find another fish to fry.